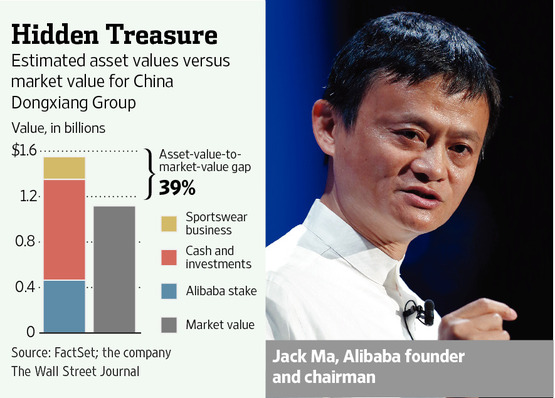 Bloomberg News
Investors looking for Alibaba treasure shouldn't forget that some of it lies outside the company's cave.

The promise of the Chinese e-commerce giant becoming the largest-ever initial share sale in the U.S. has already boosted the stocks of its major shareholders, Yahoo YHOO -1.02% and SoftBank. 9984.TO -0.80% But Alibaba has minor shareholders, too, which are often overlooked. One of these offers perhaps the best opportunity to play this IPO.

China Dongxiang Group 3818.HK +0.60% is a Hong Kong-listed sportswear maker with a market capitalization of $1.13 billion. In 2011, it spent $100 million to buy a 0.31% stake in Alibaba through a private-equity fund co-founded by Alibaba chief Jack Ma. This stake will certainly fetch more today. Dongxiang shares are up 17% this year in anticipation of the Alibaba IPO, yet that hasn't captured the company's overall worth.

Rapid Ratings President and CEO James Gellert takes a look at Alibaba and other hot IPOs on the horizon.
To calculate Dongxiang's full value, start with its sportswear business, anchored by nearly 1,200 Kappa-brand retail stores in China. Its peers currently trade at about nine times this year's estimated earnings before interest, tax, depreciation and amortization, as measured by FactSet. Slapping this multiple onto Dongxiang's sportswear line yields $199 million.

Next, Dongxiang sat on $178.3 million of cash as of Dec. 31, to which it has since added $4.8 million by disposing of shares in a U.S. apparel firm. It also owns bank treasury products, plus investment funds. These mostly liquid assets total $886 million. The company holds no debt.

Previous Alibaba Coverage
Heard: Alibaba Flops in Accounting for Acquisition Binge
Heard: Alibaba Has an Aim to Entertain
Heard: Alibaba's Silence Isn't Golden
Alibaba Buys Stake in Chinese Soccer Team
To this, add Alibaba. If Mr. Ma manages to get a $200 billion valuation, the higher end of market estimates, Dongxiang's stake comes to $620 million. That means the sum of this company's parts would be worth 52% more than its market cap, though that's before applying a discount for being a holding company and any possible taxes.

A more moderate $150 billion Alibaba valuation still leaves a 39% gap between the value of Dongxiang's assets and its shares. Even assuming Dongxiang's sportswear business is worth zero, and that its other investments are somewhat impaired, it still appears the shares undervalue the Alibaba stake.

Such a wide gap should close, as Alibaba's market value becomes apparent closer to its listing. Dongxiang says that it may unload some of its shares after the IPO. If it doesn't, the stock will likely become a smaller tracking version of Alibaba.

Unlike Yahoo or SoftBank, Dongxiang's regular business is less important to its overall value. That leaves Dongxiang's fortune hitched to Alibaba. The e-commerce giant doesn't even have to reach a supercharged valuation for Dongxiang investors to make out like bandits. 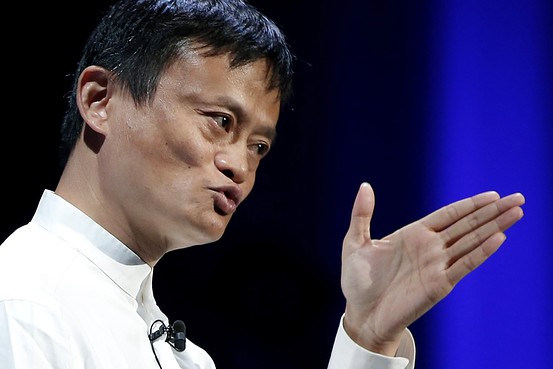